Are We In the Viral Age of Loneliness?

As technology is vastly revolutionizing our lives, the World Wide Web is pulling us from our world of reality. In fact, Canadian writer Stephen Marche writes, “Social media—from Facebook to Twitter—have made us more densely networked than ever. Yet for all this connectivity, new research suggests that we have never been lonelier (or more narcissistic)—and that this loneliness is making us mentally and physically ill.”

In the Atlantic article Facebook Making Us Lonely, Marche further writes: “According to the Los Angeles coroner’s report, she lay dead for the better part of a year before a neighbor and fellow actress, a woman named Susan Savage, noticed cobwebs and yellowing letters in her mailbox, reached through a broken window to unlock the door, and pushed her way through the piles of junk mail and mounds of clothing that barricaded the house. Upstairs, she found Vickers’s body, mummified, near a heater that was still running. Her computer was on too, its glow permeating the empty space.”

Marche passionately argues: “She lay dead for the better part of a year before a neighbor and fellow actor, a woman named Susan Savage, noticed cobwebs and yellowing letters in hermailbox, reached through a broken window to unlock the door, and pushed her way through the piles of junk mail and mounds of clothing, that barricaded the house. Upstairs, she found Vickers’s body, mummified, near a heater that was still running. Her computer was on too, its glow permeating the empty space.”

Vickers’s death indeed, was so horrifying. Because apparently before her passing, she was too hooked on fan Internet sites that she ended up isolating herself from families and friends. (Marche) What was even more horrible, even the coroner could not tell the exact date of her death, for her cadaver was extremely decomposed already when a friend found her.

However, in a research study, science and medical experts Emma L. Pelling and Katherine M. White stress, that the “high-level Social Networking Websites (SNWs) use is inﬂuenced by attitudinal, normative, and self-identity factors.” What this study means is that the impact of social networking depends on one’s individuality, and not in general.

Realistically speaking, the account of Vicker’s death is not credible enough for anyone to question the humongous contributions of Internet and technology to our lives. Yes, both do pose some challenges, just like everything else in this world—for in everything, even in everyone (and that includes us), there are always two contrasting sides—for that is the irony of life, the greatest irony of life! Moreover, one should not generalize that all social networkers are like Vickers—who prior to her death have long suffered from depression—as the late former starlet also faced other issues of stardom, aging, and etc. Therefore, to conclude that she died because of social networking, and that all social networkers, like us, bloggers, are either lonely or narcissist, is wrong. Because we are not like Vickers, and it is not fair to compare us to her.

The narcissism that narrow minded and cynical people see in us, social networkers, is actually self-confidence brought by self-efficacy—as we are now so empowered by a great deal of knowledge and information, that no encyclopedia has ever did to humanity before. Most importantly, the burden of addressing all the dilemmas surrounding the effectiveness of the two powerful mediums of Internet and technology lies in our hands. For we should know better our responsibilities to ourselves—we must ensure that everything works to everyone’s greatest advantage—and that is not being narcissist, rather, that’s being wise.

In fact, another research study for social behavior and personality, published by the Society for Personality Research, scholars I-Ping Chiang, Yi-Hsuan Chiang, and Yu-Chi Lin, of the National Taipei University, discovered that on blogging (which is one of the most popular social networking activities): “People prefer to leave messages and make recommendations about Sites that are within their realm of interest, such as the blogs of friends or people with similar interests.” What this means to me, is that blogging and all social networking activities are enriching our lives.

Personally, terrified of Vickers’s death, I honestly pondered if writing and blogging is doing me any favor at all. As I actively write and submit articles to various websites. In fact, I have accounts in all blogging sites too. I also send essays and my creative works, poetries and sentiments to Yahoo! However, deep solitude made me realized the blessings of this medium. Moreover, it is my nature, that when I am in doubt of anything, I always use my two hands in gauging all issues in life—on my right, I weigh all the goodness—and on my left, I weigh all the evilness. If the goodness is more than the evilness, then I will strive to straighten the latter. However, if it is the other way around, then I drop; I quit; I junk and get rid of anything that will not make me a better person.

Therefore, and in response to the statement of Marche, that “the drive for isolation has always been in tension with the impulse to cluster in communities that cling and suffocate,” that is not true at all. For in the blogosphere, we highly support one another. In fact, we subscribe to one another’s Sites. Yes, we may not see likes and comments all the time, and it is not because, we do not like each other’s posts, it is just that, we have personal lives to tend to. On our dealings with one another, we, of course, put cautions, as we know there are also limit to social networking too.

Regardless, the truth of the matter is, we, social networkers, bloggers, are not lonely creatures on earth. Moreover, the Internet is not in any ways making us lonely, neither, narcissist. In fact, we are passionately, and unselfishly sharing our knowledge and expertise (e.g. photography, arts, and writing; even our poetries, along with our personal journals), and we are truly enriching the World Wide Web. Because our blogs mirror how the Internet is enabling us to speak truthfully about our joys and tribulations, our successes and failures, even our dreams and downfalls. Our readers can cherish and apply the good lessons they learned from us—and they can avoid our mistakes and blunders in life, to make theirs better than ours. We, bloggers, are the new and fresh faces of journalism. We are making the Net humane.

In conclusion, indeed, the Internet and technology revolutionized and continuously revolutionizing our lives, and that the World Wide Web is pulling us from our world of reality, the old, boring, lonely and boxed reality. Thanks to Steve Jobs and Bill Gates, for through their ingenuities, and the proliferation of social networking sites, we are able to keep our passions burning, thereby, enriching our lives, thereby, enriching the World Wide Web, and in our most unique and humble ways. The Net is making us more knowledgeable and sociable. Most importantly, through social networking, through blogging, through this blessing, we are making ourselves great collaborators—for collaboration is a trait and a virtue, a major key to succeed in all walks of life and professions. We are thankful for our blogs! We are thankful for the Internet! 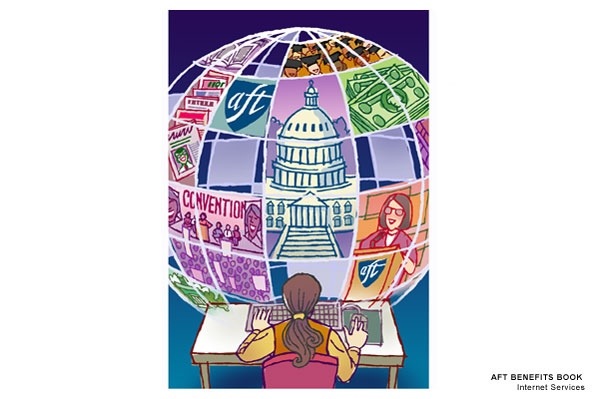 38 thoughts on “Are We in the Viral Age of Loneliness?”